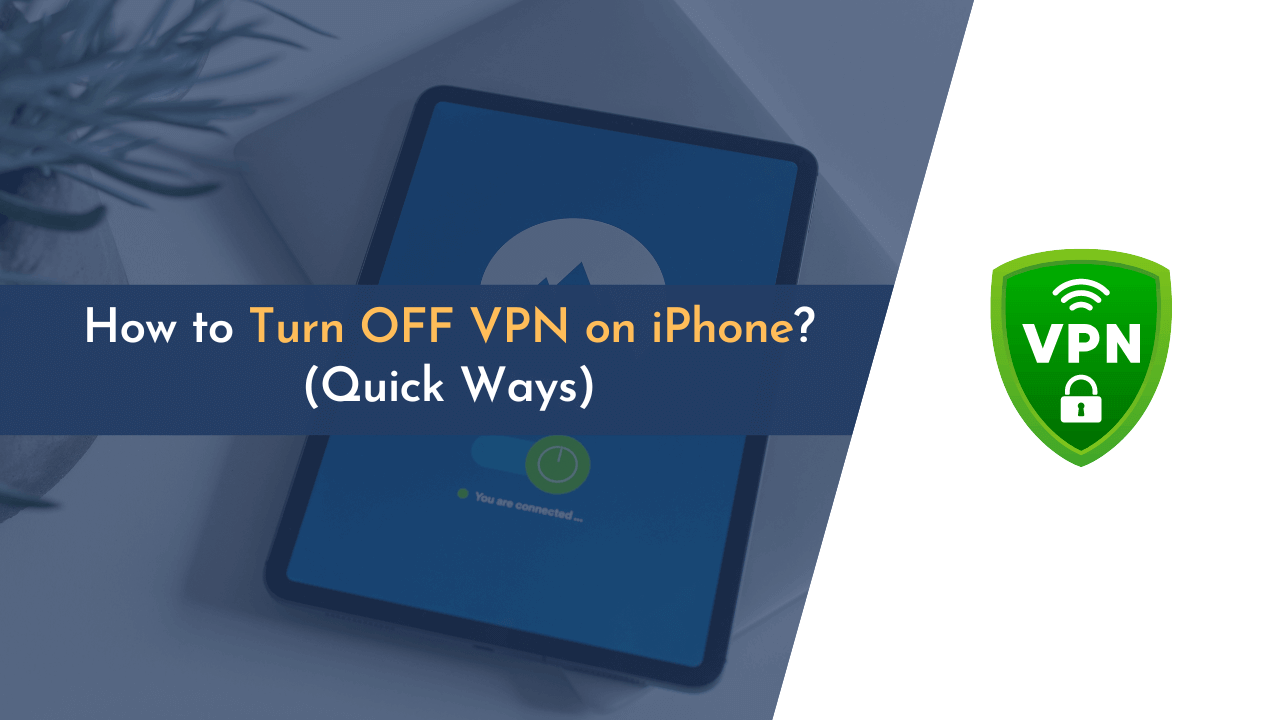 A Virtual Private Network, or VPN, is a tool that helps to keep your data and browsing activity private and secure. When you turn on a VPN, all of your traffic is routed through an encrypted tunnel, making it much harder for anyone to snoop on your activities.

However, there are times when you may want to turn off your VPN, such as when you’re using public Wi-Fi or need to access a website that’s blocked in your country.

In this article, we’ll show you how to turn off VPN on your iPhone in a few quick and easy steps.

How to Turn OFF VPN on iPhone?

The first way to turn off your VPN is to go into your iPhone’s Settings app and scroll down to the “VPN” entry in the list. Tap on it and then tap on the “Disconnect” button at the top of the screen.

And in case you can’t find the “VPN” setting in your Settings app; it’s likely because your VPN is configured using an app. In that case, open the VPN app and look for a “Disconnect” or “Turn Off” button within the app’s interface.

Whether you’re finished with whatever task you were using a VPN for or if you’re just trying to conserve battery life, here are five quick and easy ways to do it.

Just remember that turning off your VPN will make your iPhone less secure, so only do so when necessary.